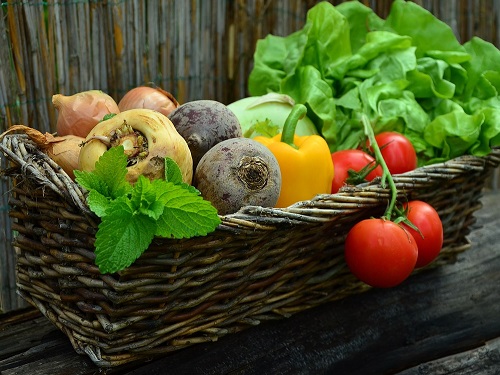 This is our first year celebrating the holidays as vegans. I want to recreate the Thanksgiving traditions without meat, but turkey seems to be such the staple for this holiday. What do you suggest in order to change things up?

Having a turkey on the table feels like such an ingrained part of the Thanksgiving tradition that it’s easy to forget there is anything else. My best advice would not be to change things up, but instead change things back to what all the true traditions really included.

Thanks to records from the early settlers of America, we know that in 1621 the Native Americans and Pilgrims sat down to share a feast as a way to thank each for what they had to offer. This was later known as Thanksgiving. What did they eat, and was the turkey the focus of their meal?

The feast was a celebration of the local bounty that both the Pilgrims and the Native Americans had gathered for each other. Wild turkeys were abundant in that area; therefore, they were likely the prominent animal on their menu. Fish was also on the menu, but because fish and other meats were more difficult to obtain, fruits and vegetables were the largest staples of their feast. Local vegetables most likely appearing on the table would have included beans, spinach, cabbage, turnips, carrots, peas, and corn. Fruits that were indigenous to the New England area were plums, grapes, raspberries, blueberries, gooseberries, and cranberries. And who can forget the potato? Well, apparently the Pilgrims did! The potato was not grown by Native Americans at the time and culinary historians question if the Pilgrims even brought the potato on the Mayflower.

My point? If you really want to follow the true Thanksgiving tradition, focus on filling your table with your own local harvests. No matter where you live, this can be a successful tradition. For example, I live in the Pacific Northwest, where salmon is the first food that usually comes to many people’s minds. However, there are so many other alternatives that can shine just as bright, such as kale, pumpkin, and blackberries. I combine foods that are in season, like mushrooms, squash, and potatoes, and I also incorporate local foods that were in season earlier and that I canned, such as apples and cherries.

Thanksgiving means bringing people together to share a local feast and giving thanks for the bounty in your lives. In the end, recreating a celebration of local harvest in your home can be the most fulfilling tradition.

Have a lifestyle question for Erika? Email her.

Disclaimer: Erika Krebs is not a nutritionist, registered dietitian, nor medical doctor. The information on GenerationVeggie.org is based on each columnist’s own training, research through reading and talking with other like-minded individuals, and personal experiences eating plant-based, vegan, and raw foods. The material appearing on GenerationVeggie.org is provided for informational purposes only. It should not be used as a substitute for professional medical advice, diagnosis, or treatment. Any or all changes to your diet and lifestyle should always first be discussed with your professional healthcare providers. GenerationVeggie.org assumes no responsibility or liability for any consequences resulting directly or indirectly from any action or inaction you take based on the information found on or material linked to on this website. 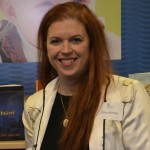 Erika is a best-selling cookbook author, food writer, lifestyle columnist, and a mom of three. She is the author of “Fresh Start: Farm to Table Plant Based Baby Recipes.” Erika is working on a new cookbook that focuses on fun, healthy, plant-based, toddler meals. Find out more about her work at FreshStartCookbook.com. Send Erika your questions at askerika@generationveggie.org.