“So, Are You Going to Raise Your Kid Vegan?” 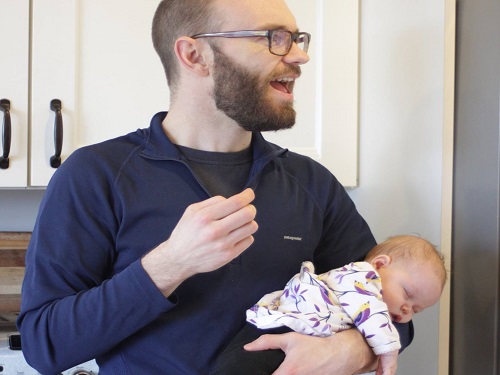 This is, I’d surmise, the third most asked question I’ve gotten when sharing that we were pregnant. It falls somewhere behind “Do you know the sex?” and “Have you picked out names?”

I have been getting it quite a lot lately, since it is almost time for Nut to get here. Being pregnant opens your life up in ways that you could never imagine—for good and for, well, not bad but at least very different—and part of that openness can involve the questions and comments of random people. Thankfully, we have never had strangers walk up and start talking to us about the “bump” or try to touch Katie’s stomach. But the exciting nature of pregnancy, coupled with being vegan, does bring with it the inevitability of that one question.

No one has asked it with malice. No one has tried to scold or nag. Most people asked with a genuine interest in talking about being vegan parents because they are genuinely interested and happy for us. That said, sometimes I felt a sense of “concern” masked by curiosity. “You aren’t going to let the child drink milk? Or have a slice of pizza?” “What if they are at school? Or over at a friend’s house?” “When will you let them make their own decisions?” I can see it in their eyes, hear it in their phrasing; they are unsure how to talk about a pregnancy, a birth, and a life without animal products. How the hell does it all work? Why would you do that? Many an interlocutor already sees veganism as “lacking something” and to foist this lifestyle on an unborn child seems, if not cruel, then perhaps just too authoritarian. The equivalent of an uber-religious parent.

“Are you going to raise your child omnivore?” I want to respond. “When did you decide to do that? When will you let them make their own decisions about how to eat?” I feel these responses bubbling up in me, not so much filling me with anger or resentment, but more a feeling of exasperation. Is it that “vegan” is still seen as some crazy lifestyle? Or is it the idea of a “vegan child” that seriously scares people? Veganism or not, all parents have to make choices for their children—limiting choices, eliminating others, guiding the child down this path rather than some other. We have to make the choices (for now), and, eventually, baby can start to make them on his or her own. I want to do the best I can for my child, to give him or her the best life possible, to expose him or her to the most wonderful things, to help craft heaps and heaps of amazing experiences.

Yet all of us must start from a place of familiarity, and Katie and I are no different. Being vegan is our life. Unlike “diets” like South Beach, Paleo, or low-sugar, low-salt, or whatever, being vegan isn’t just about diet—it is about creating a culture, a lifestyle, a way of being. At its core, veganism is about kindness, compassion, justice, caring for the environment, and an awareness of how you treat others–animals and people. Those are the sorts of values I want to instill in my child, and if our baby eventually decides to not be vegan, I only hope that what he or she takes from the whole set of life experiences are those values.

“So, are you going to raise your kid vegan?”

You bet your ass we are. 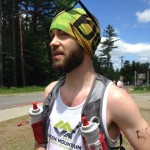