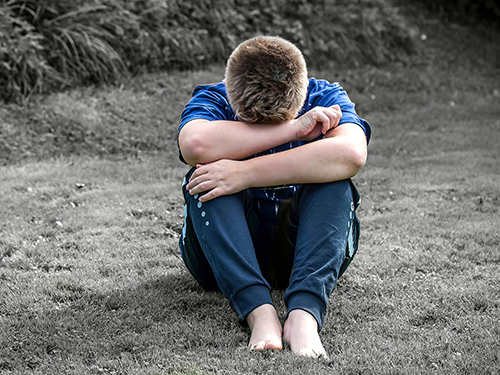 The case started in October 2014 when two sixth-graders were having lunch in Montgomery’s Lower Middle School cafeteria. During lunch, student C.C. criticized student K.S. about his vegetarianism. C.C. said to K.C. that “vegetarians are idiots,” that K.C. “should eat meat because he’d be smarter and have bigger brains,” and that “it’s not good to not eat meat.” The incident was reported, and the school’s anti-bullying specialist conducted an investigation. She found that the comments were in violation of New Jersey’s Anti-Bullying Bill of Rights Act[1] because the comments targeted a student’s “distinguishing characteristic” and “substantially interfered with the rights of [student] K.S. and had the effect of insulting or demeaning him,” according to court documents.

As punishment for his actions, student C.C. was given five lunch-time detentions in which he would have the opportunity to speak with staff about his comments in an effort to prevent future incidents. No other disciplinary action was recommended. Not happy with the school’s form of discipline, the parents of student C.C. brought the matter before the Montgomery Board of Education in February 2015. The Board ruled in favor of the school district. The parents then filed a Petition of Appeals to the New Jersey Commissioner of Education in June 2015. In March 2016, Administrative Law Judge John S. Kennedy sided with the school district, and in April 2016, the Commission of Education upheld Justice Kennedy’s decision.

It is very encouraging to see a ruling like the one in the New Jersey case. Not only did this case set precedent that the state’s anti-bullying act should be interpreted broadly, it also sent a message that bullying a child because of his or her food choices and lifestyle choices will not be tolerated. Luckily, most state anti-bullying statutes make clear that bullying does not have to be based on any particular characteristic. While the statute may list particular characteristics, such as race, religion, gender, and sexual orientation, it does not mean the individual being bullied has to fit neatly into one of the categories. For instance, the North Carolina statute states, “Bullying or harassing behavior includes, but is not limited to, acts reasonably perceived as being motivated by any actual or perceived differentiating characteristic, such as race, color, religion, ancestry, national origin, gender, socioeconomic status, academic status, gender identity, physical appearance, sexual orientation, or mental, physical, developmental, or sensory disability, or by association with a person who has or is perceived to have one or more of these characteristics.”[2] The Washington statute declares, “Nothing in this section requires the affected student to actually possess a characteristic that is a basis for the…bullying.”[3]

There is no federal law that specifically applies to bullying. When bullying is based on race, color, national origin, sex, disability, or religion, federal harassment laws are in play, and schools are legally obligated to address the situation. However, in cases where one of the protected classes isn’t the basis for bullying, the only recourse students and parents have is the state anti-bullying statutes. Thankfully, all 50 states have some law or policy in place to address bullying.[4] And, it appears that the majority of state laws and policies offer protection for children who are bullied because they are vegan or vegetarian.

None of us want to think about our children being bullied because of their choice to be a vegan or vegetarian. However, it could happen, so you should prepare yourself for what you can do if you believe your child is being bullied. If you are unsure what bullying is, bullying is generally defined as unwanted, aggressive behavior among school-aged children that involves a real or perceived power imbalance. The behavior is repeated, or has the potential to be repeated, over time. Bullying can be verbal, social, or physical. And, as we have seen in recent years, cyberbullying – mainly via social media – has become a very common form of bullying. If you have any inclination that your child is being bullied, then you should address it as soon as possible.

The best thing you can do is acquaint yourself with some bullying informational websites, such as www.stopbullying.gov, www.pacer.org/bullying, and www.moneysavingpro.com/internet-providers/cyberbullying. These websites provide all the information you need, including having the conversation with your child about bullying, addressing and reporting bullying to school administration, and state-specific information that explains the laws and policies in your state that address bullying. 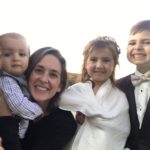