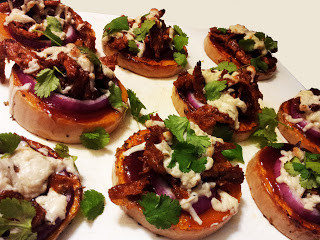 These individual pizzas are the cutest thing you’ll eat all year! Discs of roasted butternut squash serve as a healthy and gluten-free alternative to traditional crust, and they can be topped with all of your favorite pizza toppings. Barbecue “chicken” pairs especially well with roasted squash—it’s a win-win! 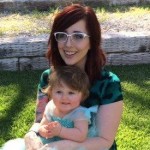 Carly has been vegan since 2000; she is a wife, mother and professional baker raising her vegan family in Portland, Oregon. Her favorite foods include Ethiopian and anything with peanut butter. You can find more of Carly’s recipes at A Profound Hatred of Meat.