Vegan Kids Get Sick Too: Dealing with Illness and Disability 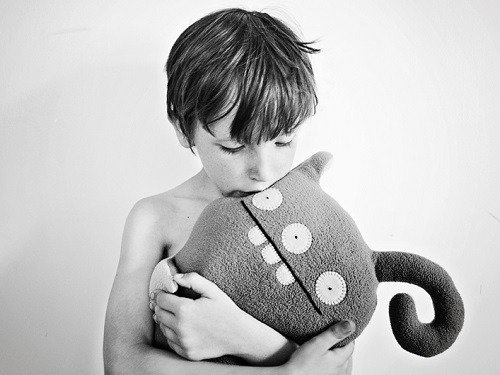 “My little Cindy never gets colds because she’s vegan! And little Jimmy started reading when he was only 2 years old! Vegan kids are just so exceptional!” How many times have you heard something like this from a vegan parent?

I hear that kind of talk a lot, and frankly, I’m guilty of it at times. We brag about our kids because parents are annoying like that, but as vegan parents we do it with a chip on our shoulders. We feel like the world presumes our kids will be sickly, weak, and otherwise damaged by their diets. We’re champing at the bit not just to prove those assumptions ridiculous, but to turn them on their heads. Not only is it personally satisfying to point to our thriving vegan kids, we also think of it as activism promoting our humane lifestyle.

My own son has been vegan since birth and he’s autistic. He’s also the best. He’s smart and sweet. He’s otherwise healthy, though he gets colds every winter like all school-aged kids. The length of his arm and the circumference of his head are exactly the same (I’m just going to assume that’s a marker for good health). And most importantly he’s happy. But his disability is real and life-altering.

His autism wasn’t caused by his veganism. His vegan diet isn’t a treatment for his autism. In my mind these two aspects of his life are largely unrelated. In the minds of others, however, his disability and his diet often appear to be related. Let me run through a few questions/concerns that people express and how I respond to them.

Did his diet cause/contribute to his condition? Are most of the other kids with autism (or X condition) vegan? No? Are there published studies linking the condition to meat deficiency? No? Then there’s no reason to think a vegan diet causes it. There’s a reason I don’t get this question from doctors and specialists. It’s silly and attributes magic powers to food.

Isn’t it possible he would improve if you tried giving him meat and dairy? How do you know if you’ve never tried? See above. You might as well ask, “Hey, how do you know your son wouldn’t improve if he ate three heads of garlic a day? Or more foods imported from South America? Or more red food? Red is a very healing color. Show me some science about meat, dairy, or eggs before you make with the arbitrary judgments. And if you show me a study that claims people with his condition do better on a high protein diet (or any nutrient, vitamin, or mineral) then we’ll happily try adding more of it to our vegan diet.

When health professionals ask if he’s eating well, we typically need to be ready with a list of all the good things he likes to eat: tofu, broccoli, beans, pasta, etc. I know we all go through the “what do vegans eat?” ordeal, but it’s different when a clinician is writing down your answers and tucking them in a medical or social service file.

With all the challenges he faces, why not make his life easier by letting him eat bacon, ice cream, and other non-vegan treats? Here’s the thing, if our diet were really full of deprivation I would feel bad making my kid suffer through it. He sometimes has really tough school days and I don’t want to make things worse with a boring lunch or a bland health food diet. And I don’t. His lunches are always better than the school lunches. And if he’s had a tough day we grab a peanut chew at the corner store or bake a tray of brownies. Yes, we should make sure special needs kids get all the treats they deserve. But that’s no challenge for vegan parents.

But why make him miss out on foods the other kids are eating? Why make him stand out more than he already does? And why place another burden on friends and professionals already working hard to accommodate him? Okay, here’s where things get tricky. This one hits home a bit. School and soccer and birthday parties have all been a struggle for my son, food aside. And since special needs kids are already being accommodated in significant ways by teachers, coaches, and other parents, I often feel like I’ve used up all my “accommodation vouchers” before food issues ever come up. So I don’t push his teacher to get a tomato pie when she throws a pizza party. I don’t push his friends’ parents to get a slice of vegan cake at their kid’s birthday party. It’s a struggle just to keep him included, and I’m grateful for their help. And while I do my best to make sure he always has something vegan at these events, sometimes he still gets left out or singled out. Yes, it makes it hard on him. Yes, it makes him stand out on top of his unusual behavior and his support services. Yes, in this instance his life would be easier if he wasn’t vegan. And that sucks. It’s the part that sucks for all vegan kids, but maybe it sucks a bit more for him.

If your vegan kid is super healthy and brilliant and athletic that’s totally awesome. I’m happy for you and look forward to your next post about how she started reading in the womb or kicked six goals at soccer even though she was playing goalie. That’s cool, and yes, it makes vegans look happy and healthy. What I’d rather you didn’t do is post pseudo-scientific claims that veganism prevents the flu or asthma or autism. We should avoid buying into a narrative that veganism is a cure-all. It’s a falsehood that is easily debunked. It forces vegan parents to conform to an impossible standard. And it marginalizes vegan parents whose kids have serious health issues.

And if your vegan kid is sick or disabled, then welcome to the club. There are a lot of us out there, and there’s nothing wrong with that. Because vegan parents are a small and scattered community, it can feel like you’re the only one dealing with your particular issue. You’re not. Many of us are dealing with sickness and disability. And one of the great things about Generation Veggie is we can acknowledge and support the diversity within our community. Tell us your story in the comments or join the conversation in the Generation Veggie Forums. 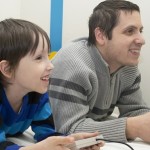 Matt Mongiello has been vegan since 2004. He lives in Philadelphia with his 8 year-old son Brooks, who has been vegan all his life. They enjoy old Nintendo games, fantasy novels, and board games.